2015 has been an amazing year in music to say the least. This year is being known as the beginning of a brand new era in music. Music has become more accepted in every household. People have began to follow their passion in music and get their work out to the public. Those who didn’t begin a career in music have become more accepting of local artists. Many have realized that it is not about how famous the artist is but the quality of the music that matters. We have seen so many new artists emerge with entirely new sounds this year.

Aside from new artists and sounds emerging, the world has begun to realize that artists are humans too. They have learned to accept that artists too make mistakes. People have formed connections with their favorite artists that it is like they know them personally. 2015 was the year of getting to know the real person behind many artists.

In this new year coming in I hope that people continue to accept that artists are real people just like everyone else and have lives and families aside from being artists. In the midst of everything going on in the world today it is great to see so many different people coming together through music.

Next Nicky Jam Coming to Orlando for Fenix Tour 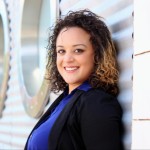