It might not be the official song for this summer’s World Cup, but Rico Sanchez’s new soccer house track is sure to be the anthem at many parties during the  competition.

La Copa Mundial ” is an extremely high-energy song that brings an unusually extreme level of intensity with its samba rhythm back beat and progressive house-music instrumentation. The high energy captivates celebration and the joy of competition in this year’s world cup.

Next 5 Occasions to Use a New York Limousine Service 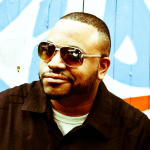 Becky G joins Tiësto for the remix of “No Mienten”